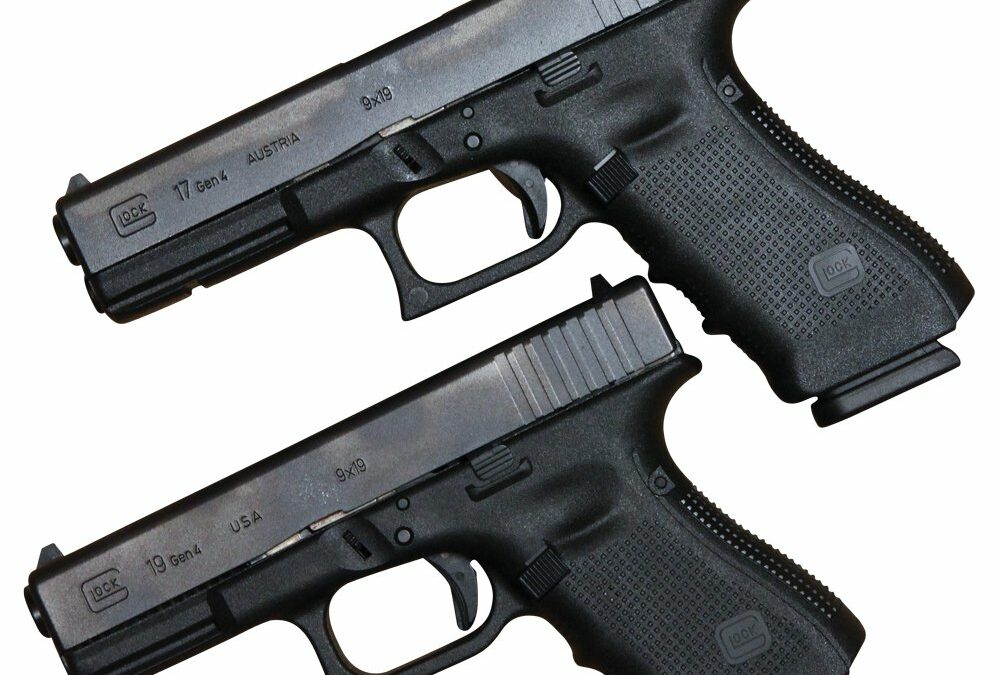 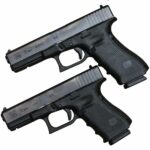 The Glock pistol, sometimes referred to by the manufacturer as a Glock “Safe Action” pistol and colloquially as a Glock, is a series of polymer-framed, short recoil-operated, locked-breech semi-automatic pistols designed and produced by Glock Ges.m.b.H., located in Deutsch-Wagram, Austria. It entered Austrian military and police service by 1982 after it was the top performer on an exhaustive series of reliability and safety tests.
Despite initial resistance from the market to accept a perceived “plastic gun” due to unfounded durability and reliability concerns and fears that it might circumvent metal detectors in airports, Glock pistols have become the company’s most profitable line of products, commanding 65% of the market share of handguns for United States law enforcement agencies, as well as supplying numerous national armed forces, security agencies, and police forces in at least 48 countries. Glocks are also popular firearms among civilians for recreational and competition shooting, home and self-defense, and concealed carry or open carry.

The company’s founder, engineer Gaston Glock, had no experience with firearms design or manufacture at the time their first pistol, the Glock 17, was being prototyped. Glock did, however, have extensive experience in advanced synthetic polymers, knowledge of which was instrumental in the company’s design of the first commercially successful line of pistols with a polymer frame. Glock introduced ferritic nitrocarburizing into the firearms industry as an anticorrosion surface treatment for metal gun parts.

Development
In 1980, the Austrian military announced that it would seek tenders for a new, modern duty pistol to replace their World War II-era Walther P38 handguns. The Austrian Ministry of Defence formulated a list of 17 criteria for the new generation service pistol:

The design was to be self loading.
The pistol was to fire the NATO-standard 9×19 mm Parabellum round.
The magazines were not to require any means of assistance for loading.
The magazines were to have a minimum capacity of eight rounds.
It was to be possible to accomplish all actions one handed which are necessary to prepare the pistol for firing and any actions required after firing. Right-handed as well as left-handed.
The pistol was to be absolutely secure against accidental discharge from shock, strike, and drop from a height of 2 m onto a steel plate.
Disassembly of the main parts for maintenance and reassembling was to be possible without the use of any tools.
Maintenance and cleaning of the pistol was to be accomplished without the use of tools.
The pistol’s construction was not to exceed 58 individual parts (equivalent of a P38).
Gauges, measurement tools, and precise testing devices were not to be necessary for the long-term maintenance of the pistol.
The manufacturer was to be required to provide the ministry of defence with a complete set of engineering drawings and exploded views. These were to be supplied with all the relevant details for the production of the pistol.
All components were to be fully interchangeable between pistols.
No more than 20 malfunctions were to be permitted during the first 10,000 rounds fired, not even minor jams that could be cleared without the use of any tools.
After firing 15,000-rounds of standard ammunition, the pistol was to be inspected for wear. The pistol was to then be used to fire an overpressure test cartridge generating 5,000 bar (500 MPa; 73,000 psi). (The normal maximum operating pressure Pmax for the 9mm NATO is rated at 2,520 bar (252 MPa; 36,500 psi).) The critical components were to continue to function properly and be up to specifications, otherwise the pistol was to be disqualified.
When handled properly, under no circumstances was the user to be endangered by case ejection.
The muzzle energy was to be at least 441.5 J when firing a 9×19 mm S-round/P-08 by Hirtenberger AG.
Pistols scoring less than 70% of the total available points were not to be considered for military use.

Glock became aware of the Austrian Army’s planned procurement, and in 1982 assembled a team of Europe’s leading handgun experts from military, police, and civilian sport-shooting circles to define the most desirable characteristics in a combat pistol.[5] Within three months, Glock developed a working prototype that combined proven mechanisms and traits from previous pistol designs.[12] In addition the plan was to make extensive use of synthetic materials and modern manufacturing technologies, to make it a very cost-effective candidate.

Several samples of the 9×19mm Glock 17 (so named because it was the 17th patent procured by the company) were submitted for assessment trials in early 1982, and after passing all of the exhaustive endurance and abuse tests, the Glock emerged as the winner.

The handgun was adopted into service with the Austrian military and police forces in 1982 as the P80 (Pistole 80), with an initial order for 25,000 guns. The Glock 17 outperformed eight different pistols from five other established manufacturers (Heckler & Koch of Germany offered their P7M8, P7M13, and P9S, SIG Sauer of Switzerland bid with their P220 and P226 models, Beretta of Italy submitted their model 92SB-F, FN Herstal proposed an updated variant of the Browning Hi-Power, and the home-grown Steyr Mannlicher entered the competition with the GB).

The results of the Austrian trials sparked a wave of interest in Western Europe and overseas, particularly in the United States, where a similar effort to select a service-wide replacement for the M1911 had been going on since the late 1970s (known as the Joint Service Small Arms Program). In late 1983, the United States Department of Defense inquired about the Glock pistol and received four samples of the Glock 17 for unofficial evaluation.[19] Glock was then invited to participate in the XM9 Personal Defense Pistol Trials, but declined because the DOD specifications would require extensive retooling of production equipment and providing 35 test samples in an unrealistic time frame.

Shortly thereafter, the Glock 17 was accepted into service with the Norwegian and Swedish armed forces, surpassing all prior NATO durability standards. As a result, the Glock 17 became a standard NATO-classified sidearm and was granted a NATO stock number (1005-25-133-6775).

Starting in 2013 the British Army is replacing the Browning Hi-Power pistol with the Glock 17 Gen 4, due to concerns about weight and the external safety of the Hi-Power.

Product evolution
Glock has updated its basic design several times throughout its production history. Commentators had long separated the large changes into generations. Glock eventually accepted this nomenclature with their “Gen4” models.

A mid-life upgrade to the Glock pistols involved the addition of checkering on the front strap and serrations to the back strap. These versions, introduced in 1988, were informally referred to as “second-generation” models. To meet American ATF regulations, a steel plate with a stamped serial number was embedded into the receiver in front of the trigger guard.

In 1991, an integrated recoil spring assembly replaced the original two-piece recoil spring and tube design. The magazine was slightly modified, changing the floorplate and fitting the follower spring with a resistance insert at its base.

Third-generation models
In 1998, the frame was further modified with an accessory rail (called the “Universal Glock rail”) to allow the mounting of laser sights, tactical lights, and other accessories. Thumb rests on both sides of the frame and finger grooves on the front strap were added. Glock pistols with these upgrades are informally referred to as (early) “third-generation” models. Later third-generation models additionally featured a modified extractor that serves as a loaded chamber indicator, and the locking block was enlarged, along with the addition of an extra cross pin to aid the distribution of forces exerted by the locking block. This cross pin is known as the locking block pin and is located above the trigger pin.

In 2009, the Glock 22 RTF2 (Rough Textured Frame 2) (chambered in .40 S&W) was introduced. This pistol featured a new checkering texture around the grip and new scalloped (fish gill-shaped) serrations at the rear of the sides of the slide. Many of the existing models became available in the RTF2 version, including the 31, 32, 23, 21, 19. Some of those did not have the fish gills.

At the 2010 SHOT Show, Glock presented the “fourth generation”, now dubbed “Gen4” by Glock itself. Updates centered on ergonomics and the recoil spring assembly. Some parts of fourth-generation Glock pistols cannot be interchanged with those of the previous generations. The initial two fourth-generation models announced were the full-sized Glock 17 and Glock 22, chambered for the 9×19 mm Parabellum and .40 S&W cartridges, respectively. The pistols were displayed with a modified rough-textured frame, grip checkering, and interchangeable backstraps of different sizes. “Gen4” is rollmarked on the slide next to the model number to identify the fourth-generation pistols.

The basic grip size of the fourth-generation Glock pistols is slightly smaller compared to the previous design. A punch is provided to remove the standard trigger housing pin and replace it for the longer cross pin needed to mount the medium or large backstrap that will increase the trigger distance by 2 mm (0.079 in) or 4 mm (0.16 in). With the medium backstrap installed, the grip size is identical to the third-generation pistols. The magazine release catches are enlarged and reversible for left-handed use. To use the exchangeable magazine release feature, fourth-generation Glock magazines have two notches cut on both sides of the magazine body.

In September 2011, Glock announced a recoil spring exchange program in which the manufacturer voluntarily offers to exchange the recoil spring assemblies of its fourth-generation pistols (with the exception of the “subcompact” Glock 26 and Glock 27 models) sold before 22 July 2011 at no cost “to ensure our products perform up to GLOCK’s stringent standards”, according to the company. 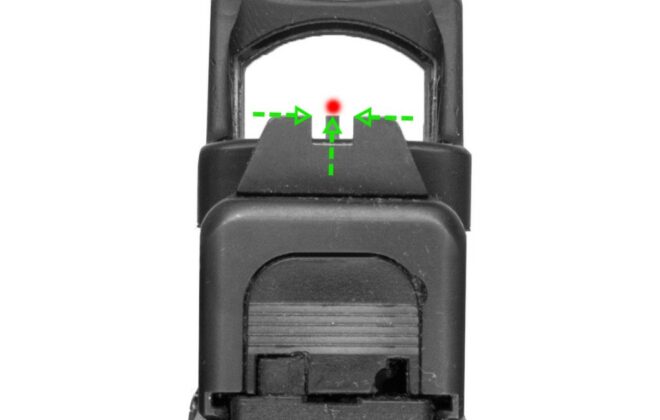 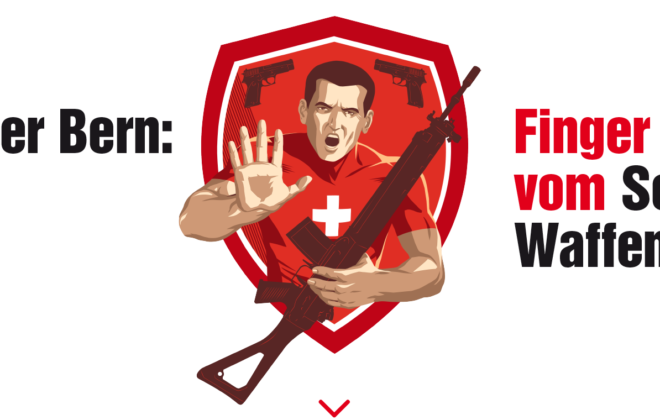 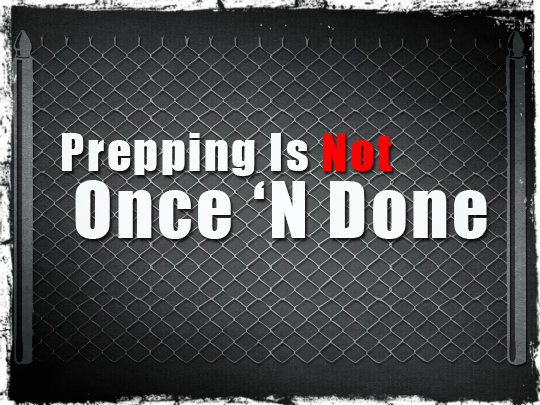